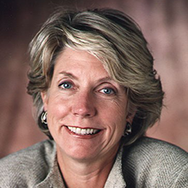 State Parks Commissioners are appointed by the Governor. The Commission approves all General Plans for the State Park System, and establishes policy guidance for the Director of State Parks.

The Climate Registry is a non-profit collaboration among dozens of U.S., Canadian and Mexican states, provinces, territories and Native Sovereign Nations that sets consistent and transparent standards to calculate, verify and publicly report greenhouse gas emissions into a single voluntary Registry. Many of the Registry’s measurement protocols have been adopted throughout North America as regulatory standards.

The Ca. Climate Action Registry, Founding President June 2002 – Dec 2006
The Ca. Climate Action Registry (CCAR) was a non-profit established by SB 1771 to establish rigorous measurement and inventory protocols for GHG emissions. Hundreds of companies and government entities in California joined this voluntary Registry. CCAR was founded by the state, and was merged into The Climate Registry under California’s leadership.