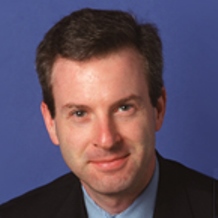 He has worked on climate change policy and emissions trading markets for more than 25 years, including as a co-author of the Intergovernmental Panel on Climate Change (IPCC), 5th Assessment Report, chapter on “International Cooperation” (2014). Earlier, while serving in the US Government, he helped draft the first IPCC report from 1989-90, helped negotiate the Framework Convention on Climate Change (FCCC) from 1989-92, and helped draft the first US Climate Action Plan in 1993.

In 2008, he served as President of the Society for Risk Analysis (SRA). In 2012, he co-chaired the SRA’s World Congress on Risk, held in Sydney, Australia. In 2003, he received the Chauncey Starr Young Risk Analyst Award from the SRA for the most exceptional contributions to the field of risk analysis by a scholar aged 40 or under.

Professor Wiener has written widely on U.S., European, and international environmental law and risk regulation, including the books The Reality of Precaution: Comparing Risk Regulation in the United States and Europe (RFF Press/Earthscan/Routledge, 2011, with others); Reconstructing Climate Policy (AEI Press 2003, with Richard B. Stewart); and Risk vs. Risk (Harvard University Press 1995, with John D. Graham). His publications are available at www.law.duke.edu/fac/wiener.

Before coming to Duke, he worked on U.S. and international environmental policy in the US Government: at the White House Council of Economic Advisers, at the White House Office of Science and Technology Policy, and at the US Department of Justice, serving in both the first Bush and Clinton administrations. He helped negotiate the Framework Convention on Climate Change (FCCC) from 1989-92, and he attended the Rio Earth Summit in 1992. In 1993 he helped draft Executive Order 12866 on Regulatory Review.