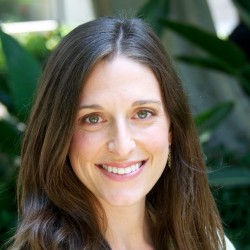 Rachel Tornek is Vice President of Programs at the Climate Action Reserve, where she is responsible for managing the program implementation staff and overseeing the reporting and verification of carbon offset projects in the Reserve program. She also leads the Reserve’s work to serve as an offset project registry for the State of California. Rachel acts as a technical consultant on domestic and international carbon market initiatives and represents the Reserve with a variety of audiences to promote the development and use of high quality GHG accounting standards.

Most recently, Rachel served as Policy Director at the Reserve, where she planned and managed the development of new offset project protocols and helped develop the policies and strategic vision that have supported the Reserve in becoming the most successful carbon offset registry in North America. She previously managed the technical support and training programs at the California Climate Action Registry, an organization that supported companies in developing and verifying GHG emissions inventories. She has worked on climate policy for over a decade.

Before joining the Reserve, Rachel worked on environmental issues with Toyota Motor Sales, the Climate Change and Wildlife campaign at the National Wildlife Federation and Hubbs-SeaWorld Research Institute. She holds a Master’s degree in Environmental Science and Management from the Bren School at UC Santa Barbara and a B.S. in Ecology, Behavior and Evolution from UC San Diego.