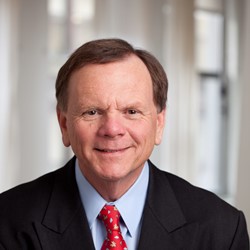 From his youth in Australia to career experiences in Europe, Africa, China and across the United States, Terry has developed expertise in business, farming, education, non-profit, the environment, the arts, and government. Governor Arnold Schwarzenegger appointed him Secretary of the California Environmental Protection Agency and later Cabinet Secretary, the Chief Policy Advisor to the Governor, where Terry was the architect of many groundbreaking sustainability policies, including California’s landmark Global Warming Solutions Act of 2006, the Hydrogen Highway Network, and the Million Solar Roofs initiative.  In 2010 Terry co-founded the R20 Regions of Climate Action, a new public-private partnership, bringing together sub-national governments; businesses; financial markets; NGOs; and academia to implement measurable, large-scale, low-carbon and climate resilient economic development projects that can simultaneously solve the climate crisis and build a sustainable global economy. Since 2007 he has provided advice to Pegasus Capital Advisors and numerous global businesses on sustainability and “green” investing. An accomplished author, Terry’s books include “Cracking the Carbon Code: The Keys to Sustainable Profits in the New Economy” (Palgrave Macmillan). In 2011, Terry was one of six finalists for the Zayed Future Energy Prize and The Guardian ranked Terry No. 1 in its “Top 50 People Who Can Save the Planet.”