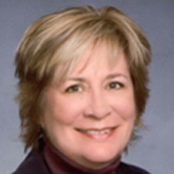 Jan Schori is of counsel to the law firm Downey Brand LLP in Sacramento, CA. She is the former general manager and chief executive officer of the Sacramento Municipal Utility District (SMUD), the nation’s sixth largest publicly owned electric utility. During her 14 year tenure as CEO, the utility earned a strong reputation for its renewable energy and energy efficiency programs as well as the national number one ranking in commercial customer satisfaction by JD Power & Associates. Prior to serving as CEO she spent 15 years on the legal staff at SMUD, the last 5 as general counsel. She is past chair of the American Public Power Association, the Large Public Power Council, and the California Municipal Utilities Association. She is also past chair of the Business Council for Sustainable Energy and served on the board of the Alliance to Save Energy. She was elected in 2009 to the North American Electric Reliability Corporation’s (NERC) board as an independent trustee. NERC is responsible for the reliability of the US and Canadian bulk power grid. She continues to serve on the board of the Climate Action Reserve which develops protocols and tracks greenhouse gas reduction projects, and the board of Cal CEF Innovations, whose goal is to design and pilot business models, financial products and public policies that accelerate adoption of clean energy technologies.