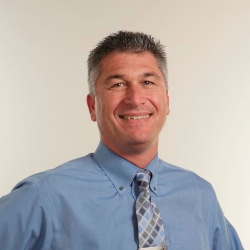 Sean Penrith assumed the role of executive director at The Climate Trust in August 2013 after leading Earth Advantage, Inc. (EAI) for 7 years. During his tenure as executive director with EAI, Sean also nurtured CakeSystems, a spin-off company that commercialized an energy efficiency modeling and performance scoring software developed by EAI.

Sean is an active proponent of the development of voluntary carbon and ecosystem service markets. He believes that conservation finance, carbon mitigation solutions, and carbon markets have a pivotal role to play in addressing climate change.

Sean is a recognized Portland Connector, an Edison Awards and Pivotal Leader nominee, an alumni of the EMERGE Leadership for Sustainability program, a member of the Association of Climate Change officers, a UNITAR Climate Change Diplomacy graduate, an advisor to MIT’s Climate CoLab initiative, and an Observer to the Green Bond Principles.

Sean is an avid sailor and can be found on any navigable body of water on his boat with his wife Meredith and son Quinn.