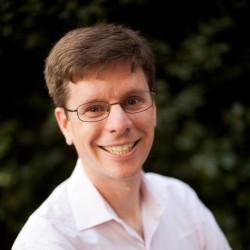 Robert Parkhurst is Environmental Defense Fund’s (EDF) Agriculture Greenhouse Gas Markets Director. His mission is to enable farmers, ranchers and forest owners the ability to generate revenue through environmental markets such as California’s cap-and-trade program. Mr. Parkhurst has worked with the California Air Resources Board to adopt the first land-based offset protocol for rice farmers in California and the Midsouth which is expected to be approved by June 2015.

Mr. Parkhurst has been recognized multiple times for his environmental leadership. He has received a Climate Protection Award from the U.S. EPA for his leadership on climate change and two “CARROT” awards from the Climate Action Reserve recognizing his work developing credible, accurate, and consistent greenhouse gas reporting standards.

Prior to joining EDF, Mr. Parkhurst focused on climate change policy at major corporations including Pacific Gas and Electric Company and Hewlett-Packard. At these companies, he developed world-class environmental programs resulting in top tier rankings from organizations such as CDP and the Dow Jones Sustainability Index.

Mr. Parkhurst holds a B.A. Degree in Chemistry from Northwestern University and a M.S. Degree in Environmental Management from the Illinois Institute of Technology.