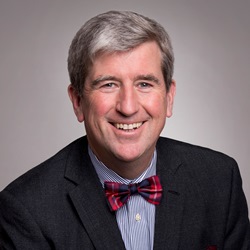 Minister of the Environment and Climate Change

Glen Murray was first elected to the Ontario legislature in 2010 as the MPP for Toronto Centre. He was re-elected in 2011 and 2014. Murray currently serves as Minister of the Environment and Climate Change. He was appointed the Minister of Infrastructure and the Minister of Transportation in February 2013.

He has had a lifetime of activism in urban planning, sustainable development and community health. Murray is a founding member of the Canadian AIDS Society. He was Director of Health Education and HIV Prevention Services at the Village Clinic/9 Circles Community Health Centre in Winnipeg. Murray was also part of the World Health AIDS Service Organization’s working group for the Global Program on AIDS.

He served as mayor of Winnipeg from 1998 to 2004. As Chair of the Big City Mayors’ Caucus, Murray led the successful campaign to transfer the equivalent of five cents per litre of the federal gas tax to municipalities for infrastructure renewal and construction.

In 2004, he moved to Toronto and served as Senior Resident at Massey College and a Visiting Fellow at the Faculty of Architecture and Landscape Design at the University of Toronto. Murray was a Managing Partner of AuthentiCITY, a Toronto-based urban sustainability consulting and planning firm. He was appointed Chair of the National Round Table on the Environment and the Economy by former prime minister Paul Martin in 2005. Murray became president and CEO of the Canadian Urban Institute in 2007.

He has served on several university, hospital and community boards, including the Expo 2015 Bid Committee and the Toronto District School Board’s Reference Group for Improving Services for Marginalized Students. He has logged more than 5,000 kilometres cycling for Habitat for Humanity to raise money for affordable housing. Murray has won several public service awards, including the Queen’s Jubilee Medal and the Fight for LGBT Justice and Equality award from Egale Canada in 2003.

Murray was born in Montreal, where he earned a diploma from John Abbott College. He then attended Concordia University’s School of Community and Public Affairs for four years, majoring in Urban Studies.