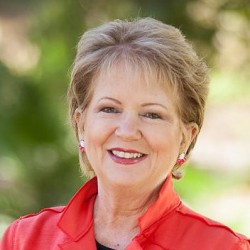 Wendy James is CEO of The Better World Group, Inc., with offices in Burbank, Silicon Valley and Sacramento. The company has been a recognized leader in political and environmental strategy, communications, policy and coalition management for more than 15 years.

BWG directs several statewide campaigns focused on implementation of major California clean energy, climate and transportation policies. The company managed outreach activities for the successful “No on 23” statewide ballot measure campaign to save AB32 and directs outreach for the region’s Clean Transportation Funding from the Mobile Source Air Pollution Reduction Review Committee, awarding an estimated $30 million bi-annually. Wendy is a trustee of the California State Parks Foundation and serves on the Board of Advisors for the Institute for Transportation Studies at the University of California-Davis.

In March 2014, the Climate Action Reserve presented Wendy with the Mary D. Nichols Climate Action Champion Award, which recognizes outstanding leadership and commitment to reducing greenhouse gas emissions. Among her other accolades, Wendy was honored by State Sen. Carol Liu who presented her with the Women Mean Business Award for Environment and Energy Efficiency in 2014, by CLCV in 2011 with an Environmental Leadership Award, recognized by the Coalition for Clean Air in 2009 with a Ralph B. Perry III Lifetime Achievement Award, and named Small Business Woman of the Year for California’s 20th Senate District and 43rd and 44th Assembly Districts in 2006.