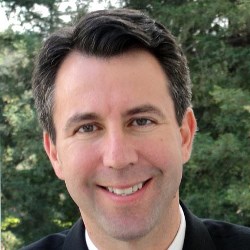 Hector De La Torre served in the California State Assembly from 2004 to 2010, representing the largely Latino 50th District in Southeast Los Angeles County. He chaired the Budget Subcommittee on Health and Human Services, the Rules Committee and helped create and chaired the Accountability and Administrative Review Committee during his tenure. De La Torre is currently the Executive Director of the national non-profit Transamerica Center for Health Studies. He also serves on the board of LA Care, the largest public health plan in the United States. Prior to his service in the Assembly, he served as Mayor and as a member of the South Gate City Council, Judicial Administrator in the Los Angeles Superior Court, chief of staff to the Deputy Secretary of Labor in the Clinton Administration, and a teacher at Edison Junior High in South Los Angeles. De La Torre graduated with a bachelor’s degree in Diplomacy and World Affairs from Occidental College and attended the Elliot School of International Affairs at The George Washington University. He lives in South Gate with his wife and three children.