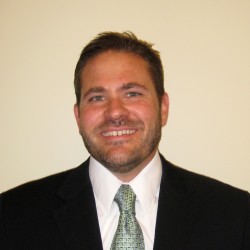 He also serves as the Chairman of the Water Infrastructure Finance Authority of Arizona and is an active member of the Environmental Council of the States where he currently serves as Secretary-Treasurer.

Previously, Henry was ADEQ’s Deputy Director where he served as Chief of Staff for the agency and oversaw the day-to-day operations and attended to selected policy and enforcement issues.

An experienced environmental attorney, Henry is the only Director in the Agency’s 27 year history to have worked in all three of ADEQ’s environmental programs. He has served as acting director of the Water Quality Division and was the Administrative Counsel of ADEQ. He has managed the air quality, water quality and Underground Storage Tank compliance programs, was the primary author of ADEQ’s Compliance and Enforcement Handbook and also developed the Arizona Environmental Performance Track Program.

In addition to numerous speaking engagements, he has testified in front of Congress on a variety of issues critical to Arizona, including EPA’s proposed Clean Power Plan.

A native of Yuma, Henry holds a Bachelor of Science degree in hydrology from the University of Arizona and a J.D. from Lewis & Clark College’s Northwestern School of Law.