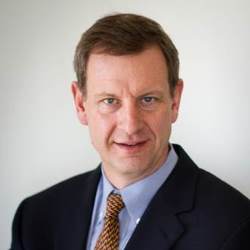 Prior to joining Renewable Funding, Brad spent four years at Environmental Defense Fund, an environmental advocacy organization. At EDF, Brad worked with states to implement clean energy finance programs including PACE an On-Bill Repayment. Brad was one of the primary architects of the open-source OBR model that is being implemented by Hawaii.

Brad has over 20 years experience in the financial services industry. He started his career at Salomon Brothers/Citi where he worked on fixed income origination and new product development. More recently, Brad worked for Morgan Stanley’s Technology Investment Banking team in Silicon Valley where he covered the enterprise hardware, contract manufacturing and IT distribution industries. In 2008, Brad was a partner at a fixed income hedge fund.

In 2009 Brad re-enrolled at Stanford University to study energy policy and graduated in 2010 with a Masters in Civil and Environmental Engineering.