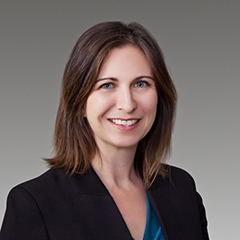 Ashley Conrad-Saydah was appointed by Governor Edmund G. Brown Jr. in April 2012 to serve as Deputy Secretary for Climate Policy at the California Environmental Protection Agency.

Prior to joining CalEPA, Ashley served as California’s Renewable Energy Program Manager for the United States Department of Interior, Bureau of Land Management (BLM). In that position, Ashley helped to establish and advance key state-federal partnerships, engaged stakeholders in determining the best places for utility-scale solar, wind and transmission development and drafted and instituted national monitoring and mitigation policies for renewable energy development on public lands. Ashley began her tenure with the BLM as a Presidential Management Fellow, completing a half-year detail with the U.S. Department of Energy.

From 2006 to 2008, Ashley worked as a research assistant for the National Center for Ecological Analysis and Synthesis at the University of California, Santa Barbara.  From 2001 to 2006, Ashley managed Careers in Science, a work-based youth development program at the California Academy of Sciences in San Francisco.