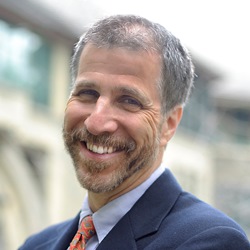 Severin Borenstein is E.T. Grether Professor of Business Administration and Public Policy at the Haas School of Business and a Research Associate of the Energy Institute at Haas. He is an affiliated professor in the Agricultural and Resource Economics department and the Energy and Resources Group at UC Berkeley. He is also Director emeritus of the University of California Energy Institute and the Energy Institute at Haas. Borenstein has been a research associate of the National Bureau of Economic Research (NBER), in Cambridge, MA, since 1992 and served as co-Director of NBER’s research project on e-commerce in 1999-2000. Prior to coming to Haas in 1996, he taught at the University of Michigan and University of California at Davis. He has won awards for undergraduate and graduate teaching, and in 2005 received U.C. Berkeley’s Distinguished Faculty Mentor Award for graduate student mentoring.

Borenstein’s research focuses broadly on business competition, strategy, and regulation. He has published extensively on airline, oil and gasoline, and electricity markets, as well as on insurance, e-commerce, mining, natural gas, and other industries. Borenstein’s recent research has focused on competition and profitability in the airline industry, the impact of oil prices on gasoline markets, alternative models of retail electricity pricing, and the economics of renewable energy and climate change. He is a past editor of the Journal of Industrial Economics, past associate editor of The Review of Economics and Statistics and past member of the editorial boards of American Economic Journal: Economic Policy and Journal of Economic Literature. He is currently a co-editor of the Journal of the Association of Environmental and Resource Economists.

During 1997-2003, Borenstein was a member of the Governing Board of the California Power Exchange. He served on the California Attorney General’s gasoline price taskforce in 1999-2000. In 2010-11, Borenstein was a member of U.S. Secretary of Transportation Ray LaHood’s Future of Aviation Advisory Committee. In 2012-13, he served on the Emissions Market Assessment Committee, which advised the California Air Resources Board on the operation of California’s Cap and Trade market for greenhouse gases. He speaks frequently in academic seminars, policy meetings, and to civic organizations. In 2005, he received the Distinguished Service Award from the Public Utility Research Center at the University of Florida.

Borenstein is the creator of the Competitive Strategy Game, a simulation of business economic decision making for economics and business courses. Since the first CSG version in 1994, it has been used at more than 80 colleges and universities in 22 countries by more than 30,000 students. He is also the co-creator of the Electricity Strategy Game — a simulation of business decision making in wholesale electricity markets and tradable emissions permit markets — and the OPEC Game — a simulation of output decisions by oil-producing countries. All educational software he has created is available free of charge to instructors at non-profit colleges and universities.

Borenstein grew up in Oakland and Berkeley, California, where he attended public schools and graduated from Berkeley High School. He received his undergraduate degree from U.C. Berkeley and Ph.D. in economics from MIT.

More information is available at http://faculty.haas.berkeley.edu/borenste/