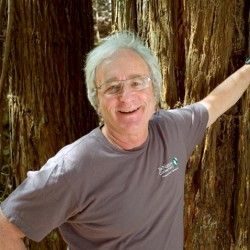 Louis is the Director of the Climate Change program for the Nature Conservancy’s California chapter. He leads a multidisciplinary team developing a comprehensive suite of nature-based solutions to climate change and including strategies to reduce emissions from forest loss and to help human and natural communities to adapt to its impacts.

Mr. Blumberg has been directly involved in the development of climate policy in California for more then a decade. He joined the Nature Conservancy in 2004 and has been instrumental in promoting standards-based, public policy to create rigorous forest carbon credits in both the voluntary and emerging compliance carbon markets. He is a also a member of the Nature’s Conservancy’s international climate change team working advance policy to Reduce Emissions from Deforestation and forest Degradation (known as REDD+) at the state and province level in tropical forest states with Conservancy colleagues in Mexico, Brazil and Indonesia.

Mr. Blumberg’s team is also developing policy and projects focused on nature-based adaptation to climate change. This work focuses on the climate extremes of sea level rise, flood, wildfire and disruption of water supply. His work in this area operates at the intersection of biodiversity conservation with human well-being in the context of a changing climate.