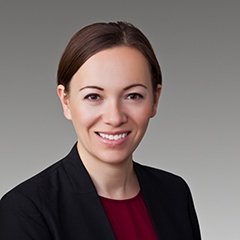 Previous to her position with the California Environmental Protection Agency, Aimee was a partner at Allotrope Partners, where she worked on early stage low carbon investment opportunities. From 2010-2013, she worked as an international climate change policy analyst at the United Arab Emirates Ministry of Foreign Affairs, helping to establish their Directorate of Energy and Climate Change. Aimee advised the Directorate on international climate change policy, including the UN Framework Convention on Climate Change negotiations and the UN Conference on Sustainable Development. Prior to that, Aimee served as a policy advisor to the United Kingdom Department of Energy and Climate Change in their Strategy Directorate from 2009 to 2010.

From 2007 to 2009, Aimee was the senior manager for U.S. regulatory affairs at EcoSecurities, and from 2005-2006 she worked as the coordinator of California advocacy and Latino outreach and as a senior land attorney assistant at the Natural Resources Defense Council. In this position she worked on environmental policy advocacy in California, and supported the launch of NRDC’s bespoke Spanish language website, La Onda Verde.