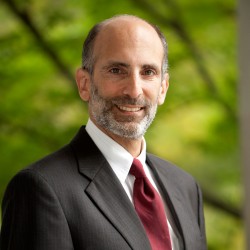 Office of Planning and Research

Ken Alex is a Senior Policy Advisor to Governor Jerry Brown and the Director of the Office of Planning and Research, focusing on energy, environment, and land use issues. As California moves towards a population of 50 million in a climate change constrained world, Ken and OPR work on issues and policies that protect and promote the State’s environment and economy. Before joining the Governor’s Office, Ken was the Senior Assistant Attorney General heading the environment section of the California Attorney General’s Office, and the co-head of the Office’s global warming unit. From 2000 to 2006, Ken led the California Attorney General’s energy task force, investigating price and supply issues related to California’s energy crisis. During his tenure at the Attorney General’s Office, Ken negotiated dozens of significant settlements, including agreements with San Bernardino County and ConocoPhillips for the first required reductions of greenhouse gas emissions in the country.

California Lawyer named Ken an “Attorney of the Year” in 2004 for his work in energy law, and he received the ABA award for Distinguished Achievement in Environmental Law and Policy in 2007 for global warming work. He has taught courses on environmental law and policy at Stanford, Hastings, and Golden Gate University.

Ken is a graduate of Harvard Law School and holds a B.A. in political theory from the University of California at Santa Cruz.